York University launched the International Indigenous Student Exchange Program which aims to provide opportunities for dialogue and collaboration between Indigenous students at York and their peers located in Costa Rica, Ecuador, Mexico and the Philippines.

With support from Canada’s Outbound Student Mobility Program Innovation Fund and in collaboration with York Faculties (LA&PS, Schulich School of Business and Health), the Robarts Centre for Canadian Studies, the Centre for Aboriginal Student Services (CASS), the pilot program began in January 2021 with a series of facilitated virtual workshops. Throughout the 8-week program, students will complete culminating projects to be shared through the International Indigenous Student Knowlede Fair.

As the culminating event, participants of the International Indigenous Peer to Peer Virtual Exchange Program will showcase their learnings from the pilot program with the wider community. Themes include Indigenous Knowledge and technology, displacement, language and the land, disrupting colonial spaces and re-indigenization, and spirituality.

Check out the Student Projects

Students and faculty alike are applauding the Indigenous Student Exchange Program, an eight-week pilot program that will end with a virtual public celebration of cross-cultural and transnational learning on April 7...

"I signed up for this program rather late, unsure of what I would get out of it. I'm really happy I took the chance though because I think making connections with other Indigenous people across the globe is important. It really allowed me to explore my own culture."

"The International Indigenous Virtual Exchange Program was a wonderful experience that broadened my horizons with an intercultural dialogue and allowed me to reflect on my identity, challenges and opportunities in strengthening and empowerment of Indigenous peoples."

"I am grateful and overwhelmed for the opportunity to learn from this Program, including the chance to meet and exchange experiences with other Indigenous communities and appreciate the differences between and among cultures and traditions globally."

"I didn't know that it was possible to look forward to a night class, but I was excited every Wednesday knowing that I would see my peers that evening in this program. Gathering with Indigenous students from all over the world to share our thoughts and experiences on a diversity of topics about global Indigeneity has been fantastic, I would definitely recommend the program to other Indigenous students." 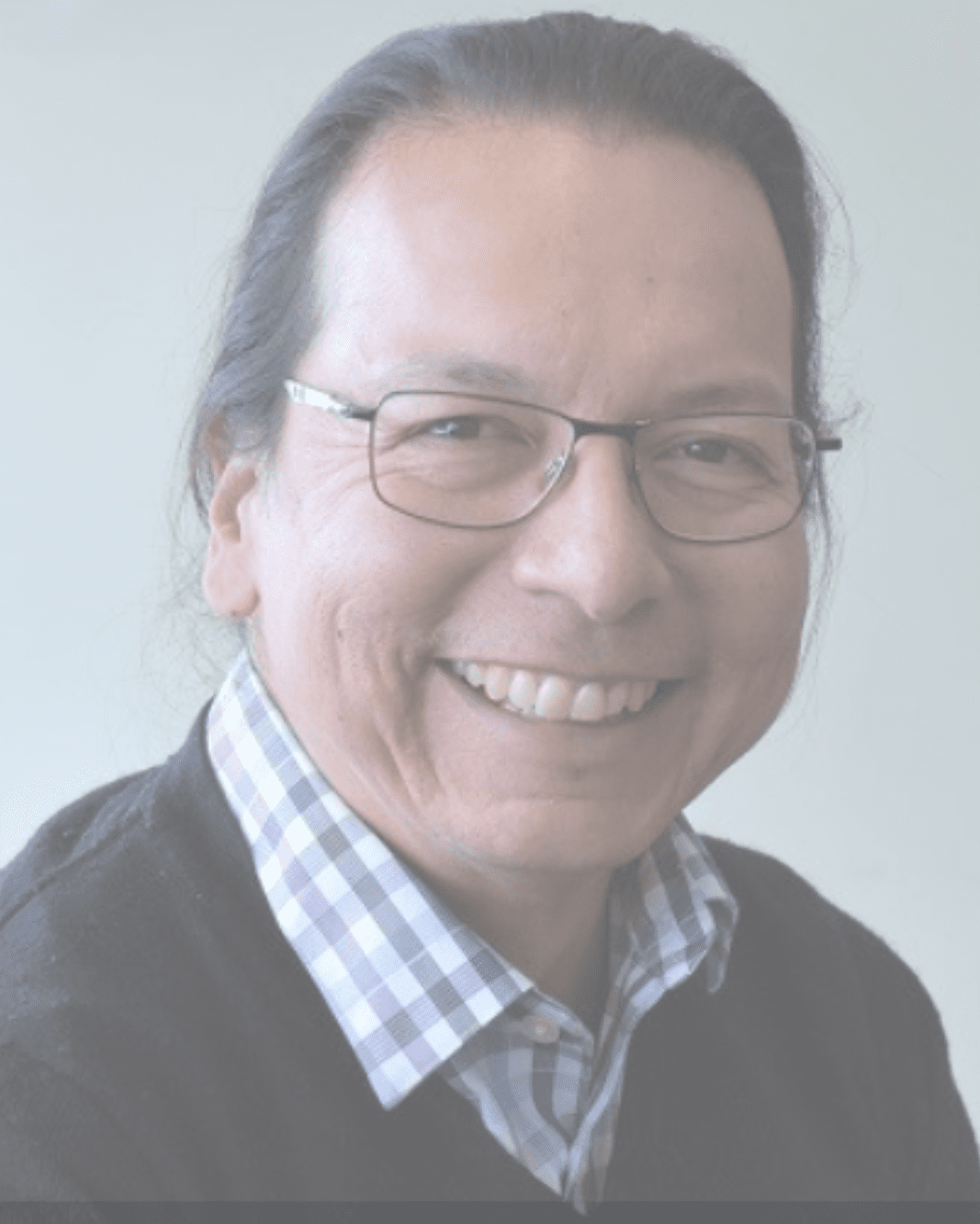 Alan Ojiig Corbiere, Bne doodem (Ruffed Grouse clan), is an Anishinaabe from M'Chigeeng First Nation on Manitoulin Island.  He was educated on the reserve and then attended the University of Toronto for a Bachelor of Science, he then entered York University and earned his Masters of Environmental Studies.  During his Masters, he focused on Anishinaabe narrative and Anishinaabe language revitalization.  For five years he served as the Executive Director at the Ojibwe Cultural Foundation (OCF), a position which included the roles of curator and historian. He also served as the Anishinaabemowin Revitalization Program Coordinator at Lakeview School, M'Chigeeng First Nation, where he and his co-workers developed a culturally-based second-language program that focused on using Anishinaabe stories to teach language.  In 2019 he successfully defended his PhD thesis and is currently and assistant professor in the History Department at York University. 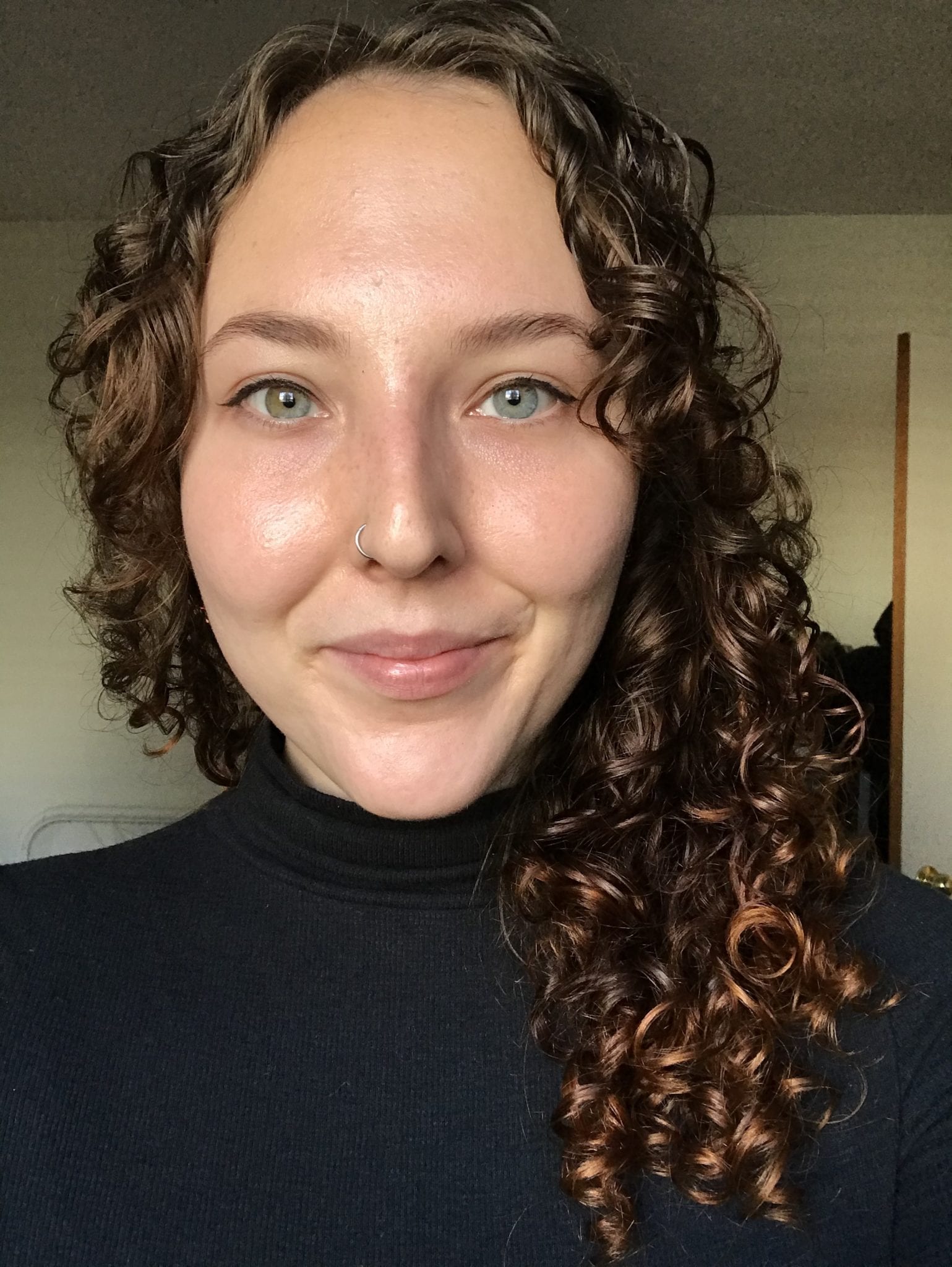 Breanna Berry is an Indigenous woman of Mohawk and Algonquin heritage from the Bay of Quinte and Pikwàkanagàn, who has mixed Euro-Settler ancestry as well. She is a graduate of an International Bachelor of Arts in Sociology and Gender and Women’s Studies from York University’s Glendon Campus. Her knowledge and interests lie in the areas of Indigenous rights, activism, resurgence, and knowledge systems. Specifically, she investigates how Indigenous people in Settler Colonial states creatively disrupt colonially claimed spaces and re-Indigenize them. Throughout her time at York, Breanna has volunteered for the Glendon Women and Trans Centre as well as UNICEF Glendon, advocating for the rights of Indigenous women, girls, and the LGBTQ2S+ community. Currently, she is the Indigenous Recruitment Officer for the Centre for Aboriginal Student Services at York University, helping Indigenous kin find the right educational pathway and access Indigenous services on and off-campus. 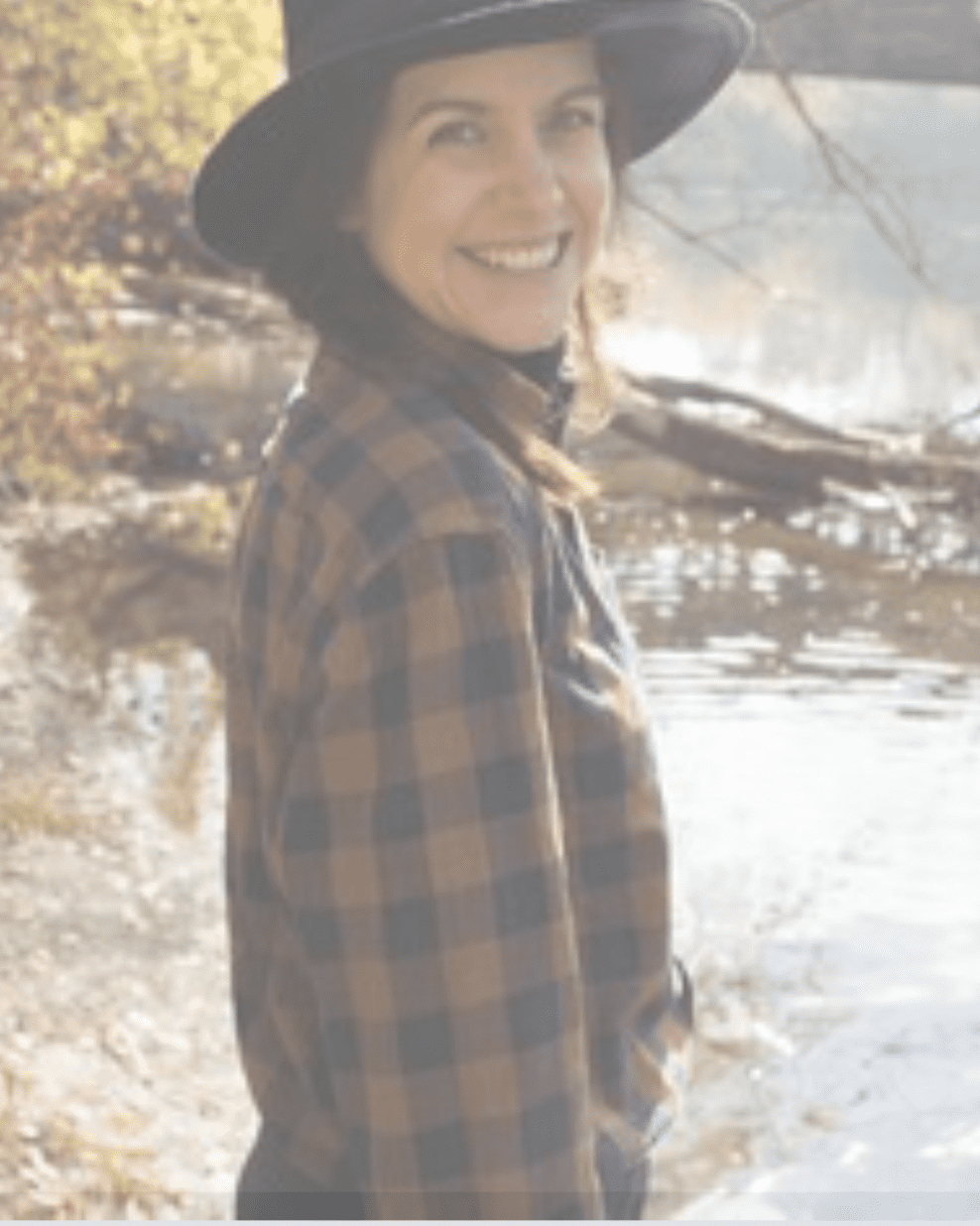 Professor Brittany Luby (Anishinaabe) is a professor of History at the University of Guelph and an award-winning, interdisciplinary historian who seeks to stimulate public discussion of Indigenous issues through her critical and creative work. The Canadian Historical Association has described Luby’s research as “innovative in its structure and responsive to Indigenous research methodologies.” Her current research is focused on Anishinaabe ecologies and crop restoration in the upper Winnipeg River drainage basin and is being conducted in partnership with Niisaachewan Anishinaabe Nation. 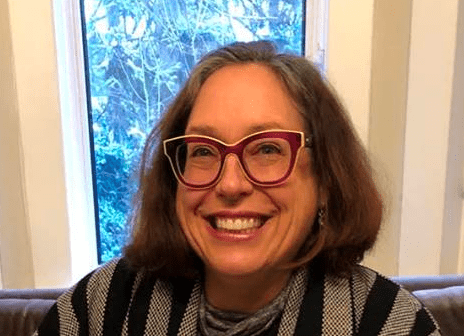 Carolyn Podruchny is a full professor of history at York University in Toronto. Her research focuses on the relationships forged between Indigenous peoples and French newcomers in northern North America. Her personal and professional goal is to make sense of Canada’s colonial past and find a way forward in reconciliation by exploring the history of encounters. Her first monograph, Making the Voyageur World: Travelers and Traders in the North American Fur Trade (2006) examines French Canadian voyageurs that worked in the North American fur trade based out of Montreal, and ranging to the Great Lakes, the Great Pains, northern woodlands, and the subarctic. She co-edited, with Laura Peers, Gathering Places: Aboriginal and Fur Trade Histories (2010), which illuminates new theories and methodologies in ethnohistory in central North America, spanning the Canadian and U.S. borderlands; and co-edited, with Nicole St-Onge and Brenda Macdougall, a volume exploring Metis history in the same region, entitled Contours of a People: Metis Family, Mobility and History (2012). She is currently writing a book about the meeting of stories in the fur trade. 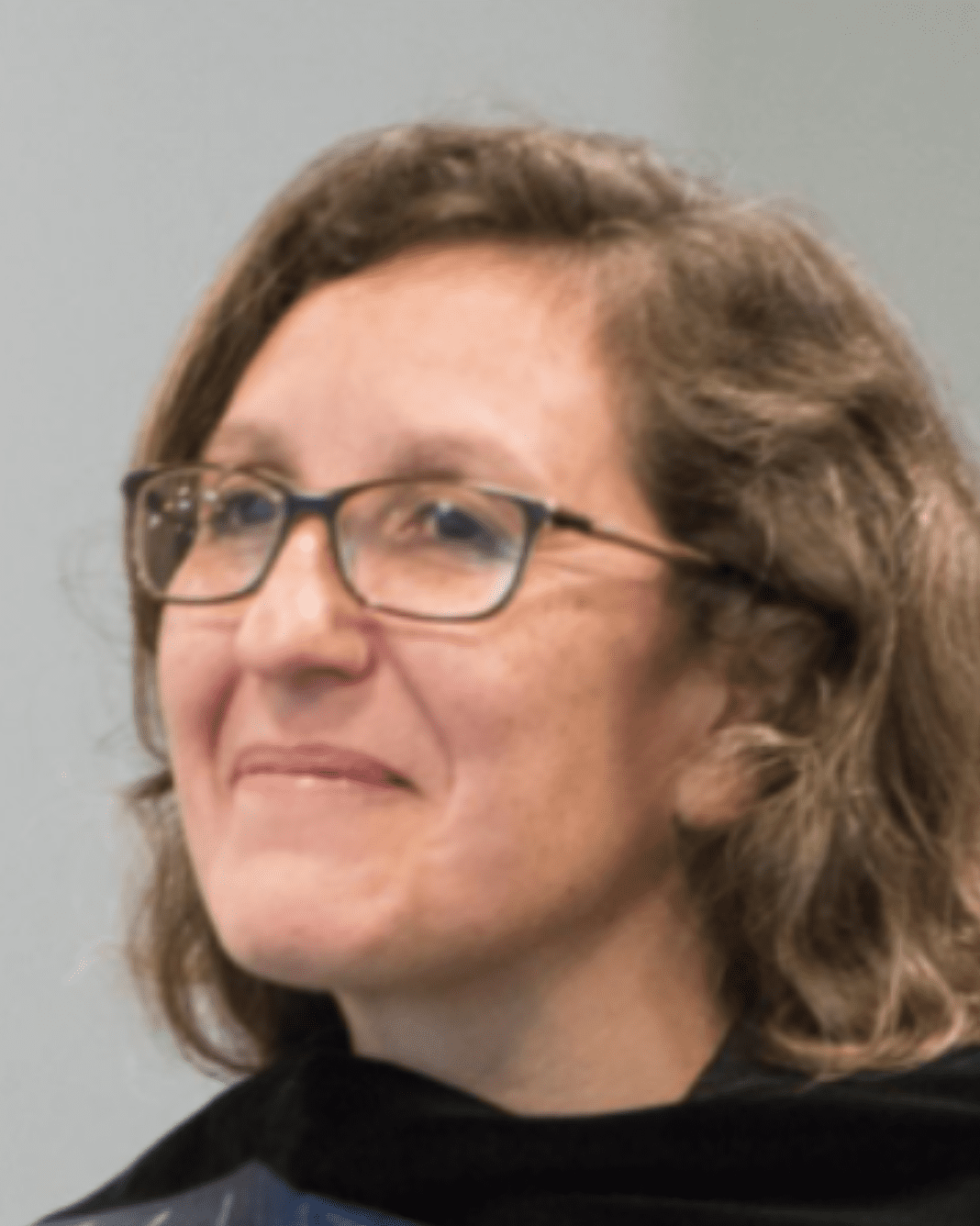 Consuelo Fernández-Salvador is associate professor in the Department of Anthropology at the Universidad San Francisco de Quito and holds a Ph.D in Development Studies from the International Institute of Social Studies-Erasmus University Rotterdam. Her research interests have focused on ethno-politics, extractivism and development, particularly around large-scale mining in the southern Amazon Region in Ecuador. She is co-editor and co-author of the book La Amazonía Minada. Minería a Gran Escala y Conflictos en el Sur del Ecuador junto con Teijlingen, K. van, E. Leifsen, and L. Sanchez Vázquez (2017 USFQ Press-Abya Yala). Recently she has also been involved in collaborative research in organizational cultures, as well as community tourism and the impact of Chinese mega-infrastructure in local populations. She is now the coordinator for Ecuador of the SolPan Latin American Consortium as part of the research project “Solidarity in times of COVID19”. 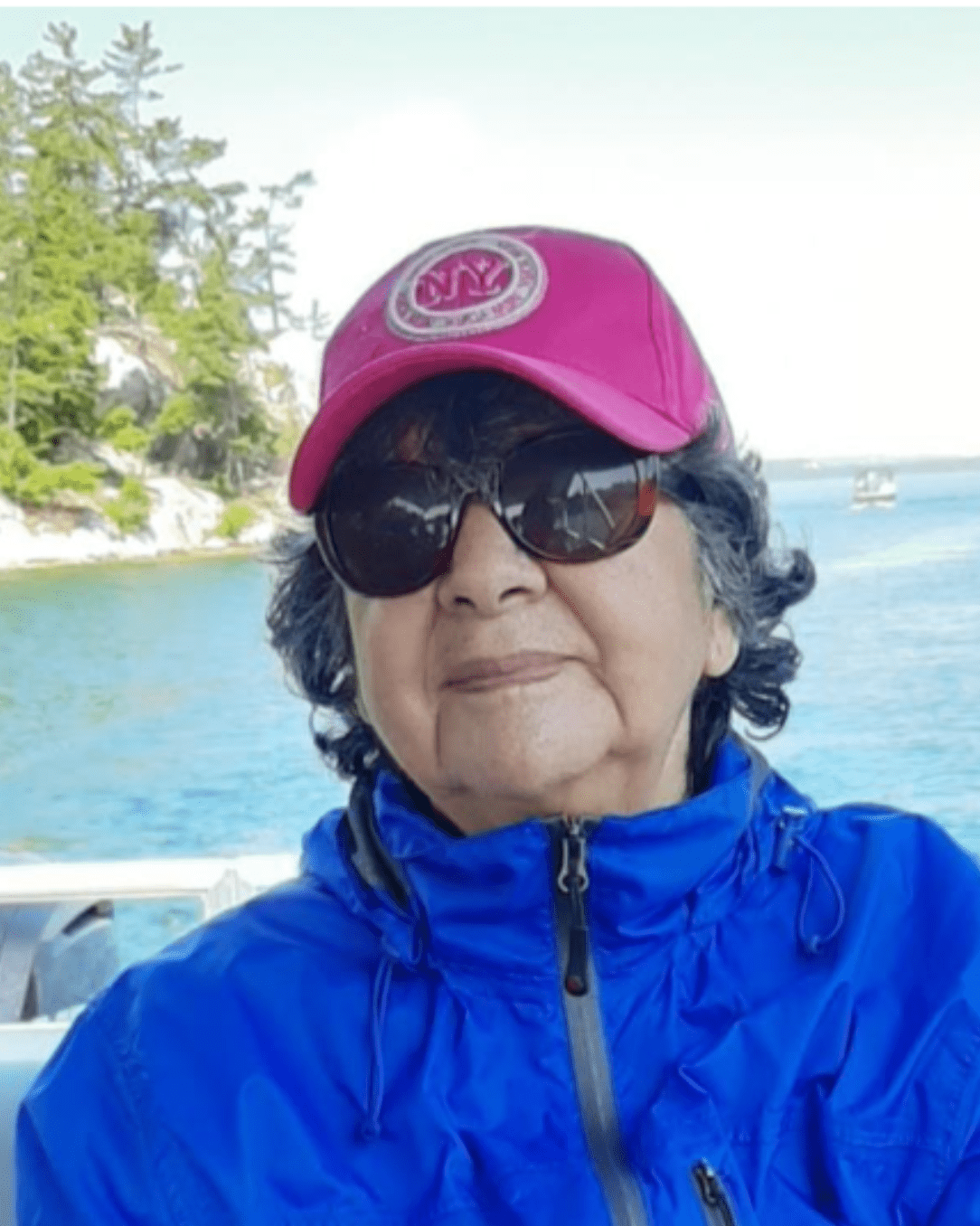 Marion McGregor has lived for over 60 years in a waterfront home overlooking McGregor Bay in the Whitefish River First Nation (Birch Island, Ontario). Her home was lovingly built by her late husband Murray Sr. at the start of their family. Marion has nine grown children all leading interesting lives and she is a grandmother and a great grandmother to much-loved children.

In 1947,seven-year-old Marion's life comes crashing downas she wastaken away from her family by train far away to a residential school-St Josephs girls’ school in Spanish,Ontario. For the next 10 years Marion liveda very rigid, structured, religious life in a big stone building surrounded by a wire fence. Punishment is readily administered if caught speaking the only language she knew if she talked about cultural practices. Fortunately, Marionis one of the few girls of her cohort to retain her mother tongue.

Despite her experiences at the Spanish Residential School, Marion obtained her Bachelor of Education degree with several specializations for Principal and Special Education. She was Principal and Teacher for over 30 years at Shawanosowe School in Birch Island. She has also been an active advocate for Indigenous education equality and often times protested education cuts.

Marion has received many awards for her years of service and volunteerism including the Lifetime Achievement Award from Anishinabek Nation, Woman of the Year from Noojmowin Teg Health Centre, and acknowledgements from Whitefish River First Nation for her volunteerism and years of service.

She is now a retired educator leading a busy life being involved in Elders’ Advisory Committees. Recently, she joined the traditional environmental knowledge activist elders’ group to stop herbicide poison spraying along hydro lines. She is very passionate about saving our forests and water, animal and plant life. Through the many Elder’s Advisory Committees that she sits on, Marion shares her knowledge and experiences and continues to advocate for Anishinabemowin, the environment, children in care, and her fellow seniors.

Since her retirement over 20 years ago, Marion has been asked to open meetings, conferences, or workshops in her mother tongue. Marion also has started her healing journey by entering ahealing lodge, and also learning from medicine healers and other people about cultural practices in traditional values. Marion has own medicine bundle, built up from accumulated gifts. 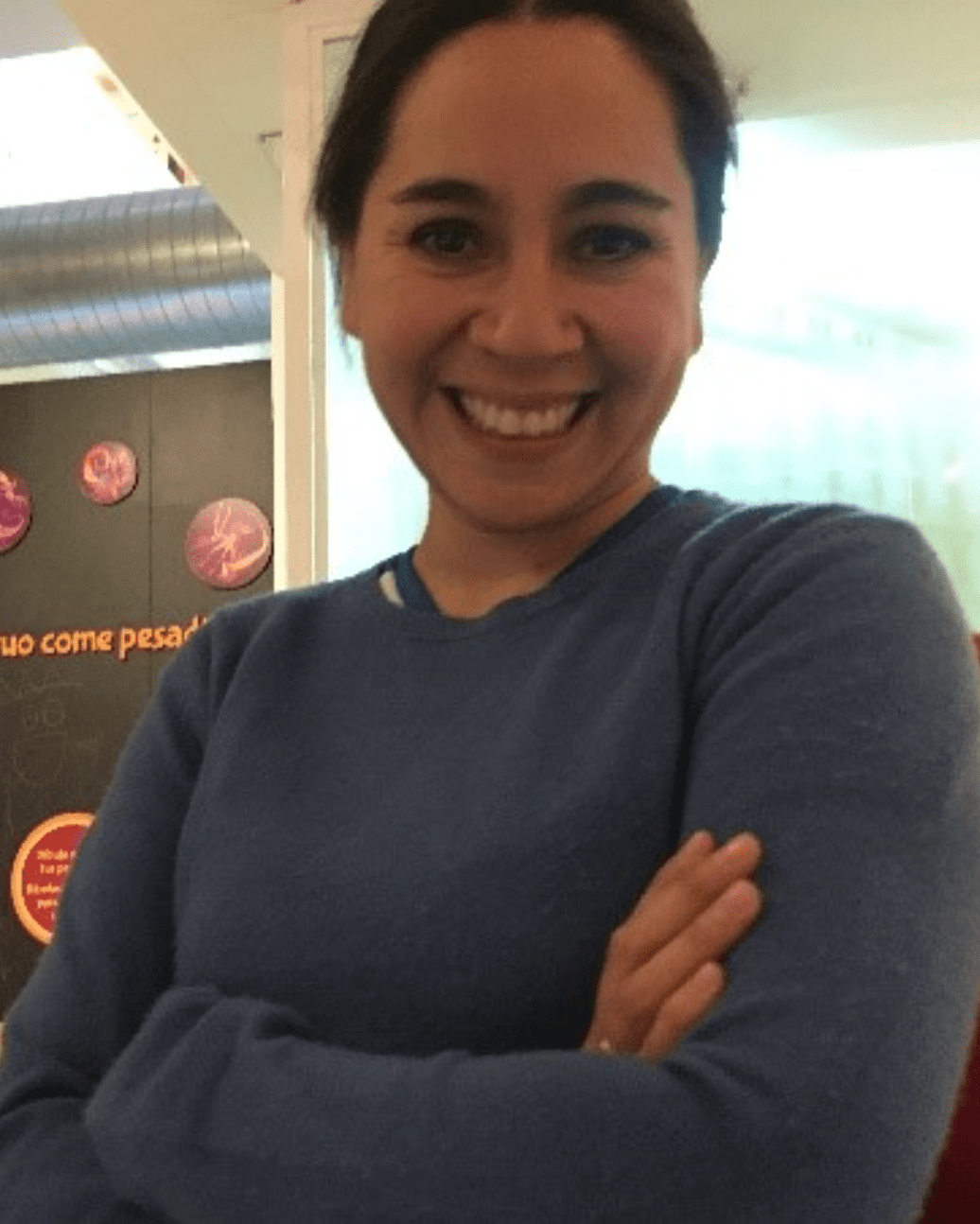 Leticia Neria is from Mexico City. She is currently professor of cultural studies, as well as argumentation, at Tec de Monterrey. She is a tutor in the journalism master’s degree in CIDE. She also works as translator for Stanford Social Innovation Review en español.

She completed her undergraduate degree in History at Mexico’s national university (UNAM), and her Master’s degree in Contemporary Latin American History at University of Havana. She did a Master’s degree in Film and Television Studies at the University of Glasgow, and then her PhD in Spanish at the University of St Andrews. In her research she looked at the use of humor in comics and films as political resistance during Mexico’s ‘Dirty War’ of the 1960s and 1970s. She has taught Spanish to native and non-native speakers since 2009, both in Scotland and in Mexico . Other courses include Understanding Mexico through Visual Humour at the University of Aberdeen, Scotland, Mexican Film for lifelong learners at the University of Edinburgh, and History and the Media for undergraduates at UNAM. She is passionate about cultural studies and the media, and what they tell us about history. Her writing includes both academic publications and journalism. 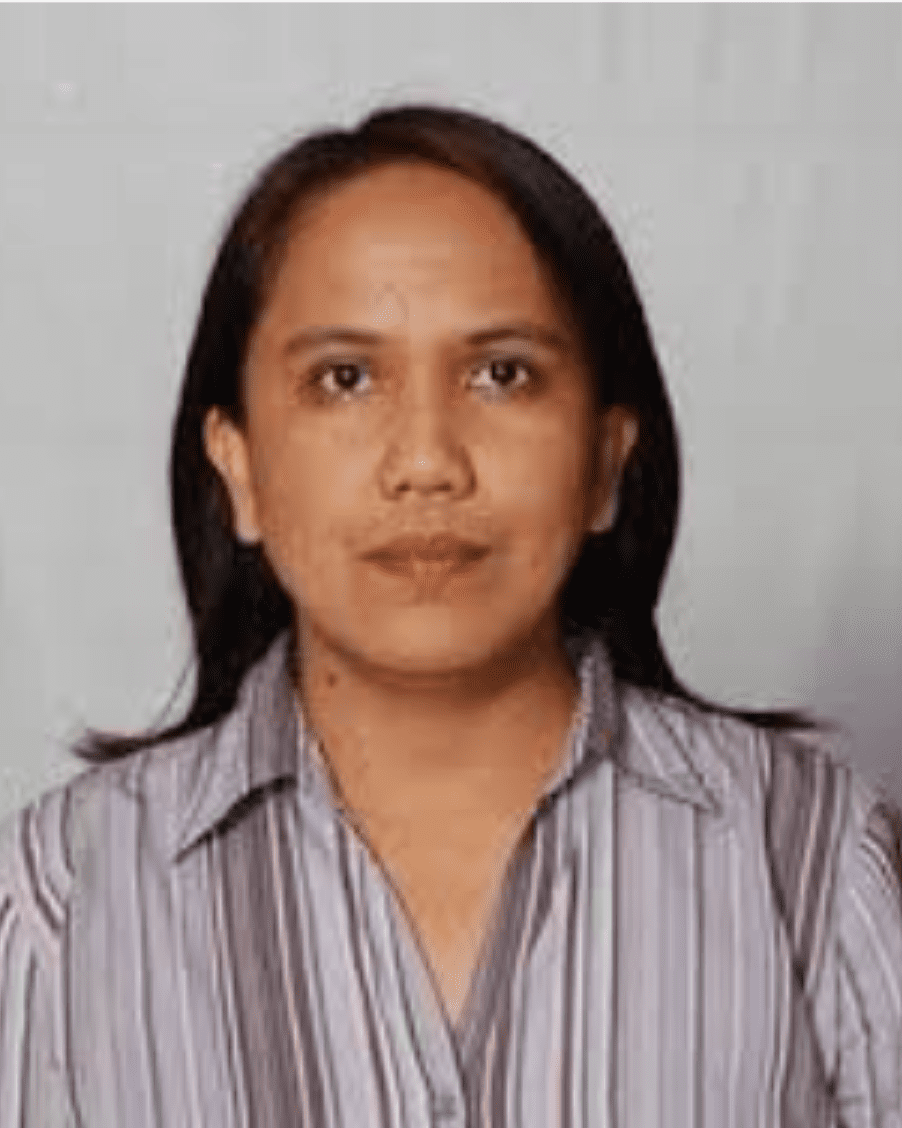 Leah Abayao is Professor of History at University of the Philippines Baguio (UP Baguio).  She has an M.A. (Social Development Studies) and a Ph.D. (History). She is involved in the promotion and development of cultural heritage programs including community archives & museum and in indigenous people’s education in the Philippines. She was also part of the International Network on Cultural Diversity that influence the text of the current UNESCO Convention on the Protection and Promotion of the Diversity of Cultural Expressions.  She writes on public history, local and ethnohistory, cultural history, indigenous worldviews, indigenous peoples’ education, and religious traditions. From 2015 - 2016 she co-curated a virtual exhibition at the Linden Museum - Stuttgart. Currently she is studying the history of collecting Indigenous Art. She also sustained her interest in the traditional knowledges of Indigenous Peoples and how these inform contemporary issues and concerns of societies. 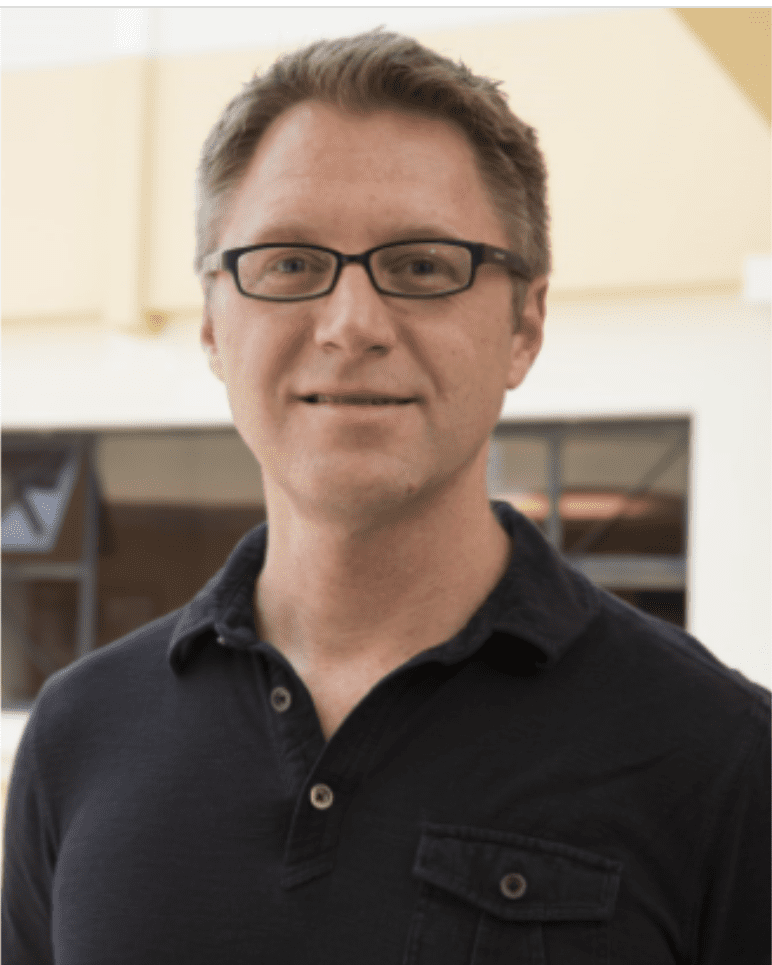 Michael D. Hill (PhD, Emory University) is Professor of Anthropology and was the founding chair of the Anthropology major at the Universidad San Francisco de Quito (USFQ) in Ecuador. His research and teaching interests include tourism and heritage, Andean ethnic identities, organizational anthropology, and life history and collaborative ethnographic methodologies. He has published numerous articles in research journals such as The Journal of Latin American and Caribbean Anthropology, Ethnos, Ethnohistory, Childhood, and The Journal of the American Academy of Religion. He is author of a chapter on the cultural economies of tourism in the edited collection The Andean World (Routledge, 2018), and his most recently published book is a life history of social mobility in the life of indigenous co-author Georgina Maldonado (Para aprender a viajar así: movilidad en la vida de una mujer quechua, Instituto de Estudios Peruanos and USFQ Press, 2020). He possesses a strong record of projects involving interdisciplinary and inter-institutional collaboration, including directing a project on organizational culture with Ecuador's largest private-sector bank and coordinating research teams for a museum exhibition and book on religious diversity with Quito's City Museums (Diversidades espirituales y religiosas en Quito, Ecuador: Una mirada desde la etnografía colaborativa, USFQ Press, 2018).