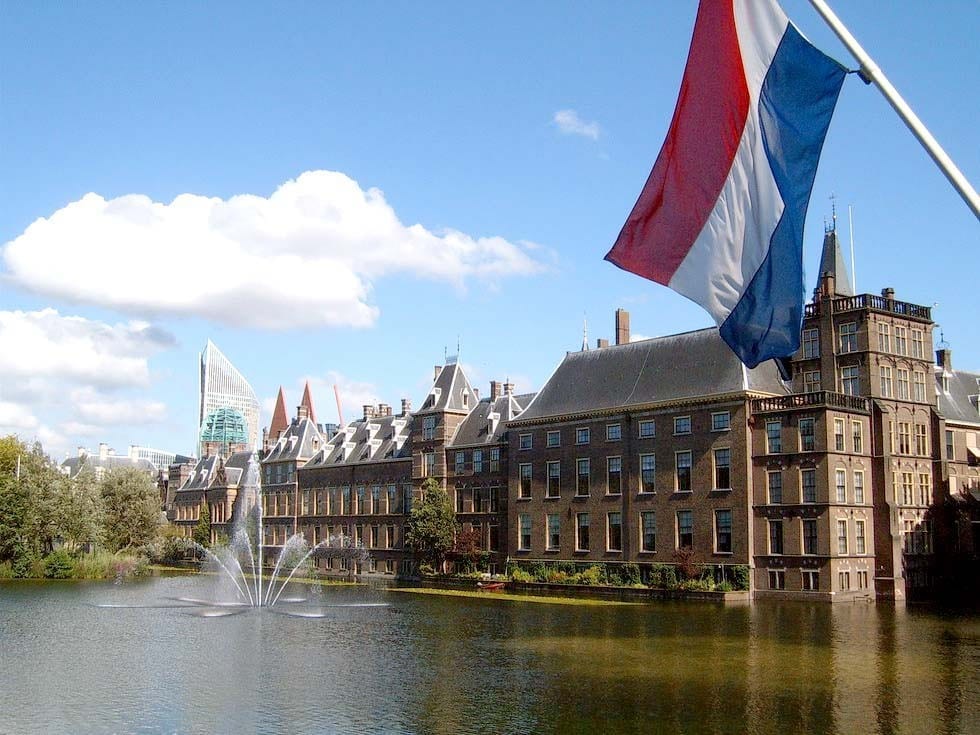 This summer course fosters an understanding of political, social, and economic transformations in the European Union, focusing on the Netherlands. One of the original six member states, the Netherlands continues to play a key role in European integration. From the destruction of the Second World War, successive Dutch governments have been instrumental in building European institutions which have transformed governance on the continent. Awarded the 2012 Nobel Peace Prize for helping “transform most of Europe from a continent of war to a continent of peace,” the EU today faces the challenges of a common currency without a common fiscal
policy, illiberal governments within and without, and Brexit. Refugees desperately seeking safe haven encounter discrimination and antipathy, and anti-migrant sentiment exists across Europe, placing stress on the Schengen system of no internal border controls and the promise of a common EU citizenship. Tensions are exacerbated by euroskepticism that sees the nationstate, rather than European cooperation and common institutions, as the proper locus of loyalty and best placed to solve problems. Yet even in times of crisis, or perhaps especially in times of crisis (as the current coronavirus is proving), the EU is admired for its powerful impact on governance processes and outcomes.

Student quotes from the summer 2020 version:

“Professor Maas was remarkable at planning, structuring, responding, and accommodating throughout the duration of the course. Topics were completely relevant (articles dated in 2020) and full of useful information to better understand the Netherlands as a country. It was interesting to have the opportunity to compare both Canada and the Netherlands in various topics to see similarities and differences. The course was structured so students had the chance to interact with each other (by using Zoom for partner work, and commenting on reading assignments) which was beneficial in a time where students may have been feeling overwhelmed adapting to a new learning curve (online courses), or isolated from interaction as you would in a physical classroom. Overall, the course was great (as was Professor Maas) and I highly recommend future students to take POLS 4400.”

“An awesome way to gain an international perspective on politics. This class was a great experience and I learned a lot about the EU.”

“I found the course readings and interviews incredibly interesting because they helped to show me how politics function in the Netherlands. This course provided me with the once in a lifetime opportunity to interview professors and politicians about the policies of government in the Netherlands and about important institutions
such as the Hague and the EU. From start to end this course was intriguing and one of my favourite courses that I have taken at York.”

This political science summer course is open to majors and non-majors who will have
completed at least two years of university-level study; admission by application which includes:

To be considered in the first selection round, please send your application by email to
maas[at]yorku[dot]ca by 1 March 2021 with “POLS4400 application” as subject.  Any remaining spots will be filled by rolling admission, with qualified students admitted until spots are filled. 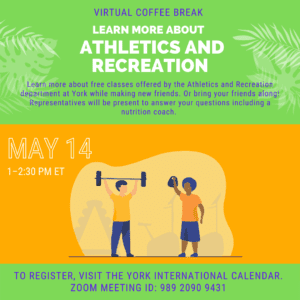 Individual Consultations for YorkU Faculty Members Are you a York University faculty member or Partner who is interested in student-centered learning and open pedagogy? Are you planning to develop and mount a GNL course? We[...]
May
18
Tue
2021
1:00 pm Virtual Coffee Break: Have quest...
Virtual Coffee Break: Have quest...
May 18 @ 1:00 pm – 2:30 pm 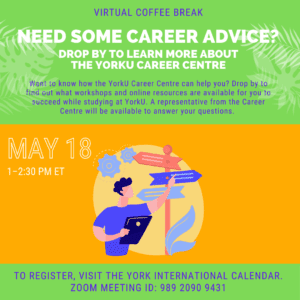 Have feedback for Virtual Coffee Breaks? Please submit it here. Today's Topic: Have questions about your job and your future career?  Want to know how the Career Education and Development centre can help you?[...]
View Calendar
Add